"Your soul is now mine."
―David Ridges 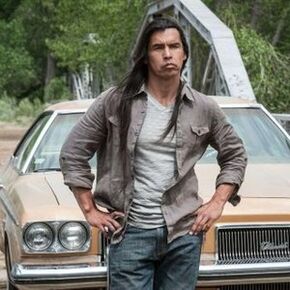 David Ridges is a resident of the Cheyenne Reservation.

He is said to commit many crimes by Mathias, who is never able to keep him as long as he wants to.

David later assaults and shoots Branch Connally, after the deputy tries to investigate the faking of Ridges' death on sacred land, dressed as a Dog Soldier. He then drugs Branch with Peyote and leaves him.

He continues to harass Branch and claims that he will kill him.

He later found dead and hoisted into Walt Longmire's Bronco and taken to the Morgue.

Sam Poteet and a group of Cheyenne folks dressed as white warriors take Ridge's corpse to perform a burial but are stopped by Walt.